One of the most rewarding veggie crops to grow – it’s almost fail-proof and so fun to dig under the plant for breakfast potatoes!

Categories or Types of Potatoes

Earlies (aka New Potatoes) Early Potatoes take up to 110 days 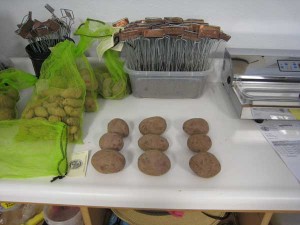 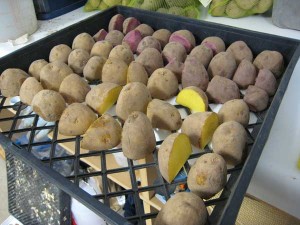 Readying potatoes for planting; 2.5 lbs each of German Butterball and Mountain Rose 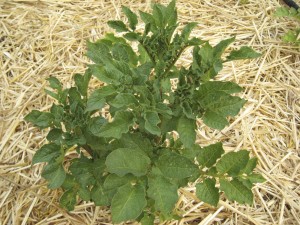 Hilling or Earthing Up 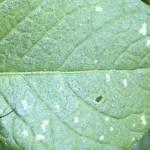 Close up of leafhopper damage on potato leaf 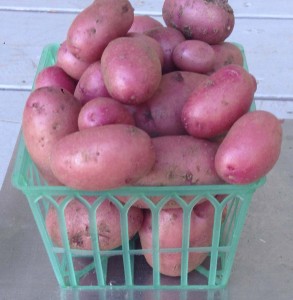 The tubers produced by the roots are the only edible parts of the potato plant. Like the other nightshades, the stems and leaves are toxic.

Information for this article was taken from these sources: